The pharmaceutical industry’s knee jerk reaction reaction to declining R&D productivity has seen an aggressive approach to M&A that, according to a report by Burrill & Co., has destroyed around $1 trillion of shareholder value in just 10 years. 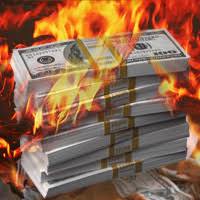 The report, Biotech 2011-Life Sciences: Looking Back to See Ahead, states that “on December 31, 2000 the combined market capitalization of 17 of the industry’s most active acquirers was $1.57 trillion, excluding Johnson & Johnson. By December 31, 2010 that figure had shrunk to $1.04 trillion, a loss of more than $500 billion in market value. When the combined value of the acquisitions these companies completed during this time – $425 billion – is added, close to a trillion dollars in value has been lost during the last decade, even without taking into account transactions of less than $10 million.”

What makes it worse is that these mergers have played a large part in causing the 300,000 redundancies that the industry has made during the same time period. And these will have led to the companies incurring massive redundancy costs. To make matters worse still the cuts will have been sold to analysts as cost-based value creation ‘synergies’ that will have destroyed successful corporate cultures and led to the loss of human strategic assets that were the root cause of the various acquired companies successes!

What I want to know is how these companies can justify to their shareholders why they need to pay their CEOs as much as top football players (up to $50 million!) when they are systematically destroying such a vast amount of shareholder value.