As readers may remember I was pretty critical about Pfizer’s mega-merger spree that has seen it spend $230 billion to create a company worth $150 billion!

Well according to a report in Reuters Pfizer’s new CEO Ian Read has spotted the problem and is reviewing its businesses to decide whether the company should divest any of its strategic business units (SBUs) to increase shareholder value.

Speaking at a Barclays Capital investor conference Mikael Dolsten, Pfizer’s president of worldwide research and development, said that “we need also to understand what is the maximum value for those businesses, which of them actually have a higher value by being inside Pfizer and can benefit from the capabilities and our financial strengths, our reach in the market, and which would do better as businesses and create more value for shareholders to be outside the company.”

On the surface of it, it may seem strange that a business unit could be worth more when owned by one ‘corporate parent’ than another. But as we recently learned in our Strategic Managment lectures, the fit between companies is incredibly important.

As shown in the diagram below (borrowed from mba-lectures.com) if the fit between the parent company and the SBU are good then the company can be considered a ‘heartland’ company and sit at the heart of the company’s future strategy.

Those SBUs that sit in alien territory are probably the easiest to spot and the first to be divested as the parent can not add significant value and nor do its critical success factors fit the the SBUS.

The real problem for managment comes with SBUs that sit in the value trap region – while the parent can add value to the SBU its critical success factors are misaligned with the parents and therefore if the parent tries to impose its corporate culture on the SBU it risks doing more harm than good.

According to the Reuters report, the comments came shortly after Sanford Bernstein analyst Tim Anderson said that Pfizer may spin off or sell its non-pharmaceutical divisions, including nutritionals and animal health, as well as the company’s established products unit that focuses on off-patent medicines.

Its easy to see how while these divisions may benefit from the pharma giant’s financial muscle and reach the factors that are critical for their success are very different For instance its established products (generics) business unit needs to run on a lowest possible cost basis that only uses innovation to lower costs rather than invest billions to develop new drugs like its core pharmaceutical business. 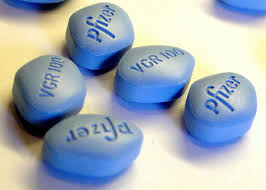 And to my mind, this brings the recent spate of pharamceutical companies diversifiying into areas such as generics into question. While some will undoubtedly do it succesfully – the lower margin, higher volume world of generics is juxtaposed to that of the innovative drug developer that makes high risk, high margin and lower volume new medicines.

With generics becoming an increasingly large proportion of the total volume of drugs sold, will pharamceutical companies be able to avoid the value-trap, and if they do, will they end up becoming the imitators rather than the innovators?